Last month Somaliland made International headlines when it’s elite leaders from visited Washington to lobby the United States to acknowledge the territory’s independence, trumpeting the country’s stable governance and geostrategic location that they argued could be an asset for U.S. interests in the Horn of Africa. Its was a geopolitical move given both Sudans have decided to fail as nations as Ethiopia shakes off a Civil war that left the US at the losing end, they offered options.

The Biden government made clear it had no schemes to recognize Somaliland’s independence from Somalia during the visit by Somaliland’s president, Muse Bihi Abdi, and foreign minister, Essa Kayd Mohamoud. But U.S. lawmakers gestured that they wanted the United States to heighten relations with Somaliland, regarding the region as a citadel of peace in an contrarily volatile horn of Africa and a probable safeguard against maturing Chinese influence in the horn.
It’s okay if you have not heard about the country called Somaliland, it’s sometimes referred to as the invisible nation, the secret country and others have gone on to call it the Ghost state. Here on my watch, I can assure you it’s part of the intricate historic enigma of the horn of Africa. After interacting with Muna Ahmed Omer a blogger from Somaliland who writes on blog post at MUNA AXMED CUMAR and on medium at Mullaaxo and a citizen of Somaliland I felt I was ready to feature the country on my blog with her guidance.

Somaliland like most African countries was got caught up in the chasm of European colonialism from the late 1800s. In one of my past blog posts, I talked about French Somalia which is now known as Djibouti. Somaliland was British Somalia and was a British protectorate until 26th June 1960 when it got its independence after a journey of 10 years that followed the end of the second world war. When Italy invaded Ethiopia under Mussolini, Somaliland briefly went to the Italians as they declared war on the British, not forgetting the other part of Somalia was Italian going by the Berlin conference.

Somaliland was independent for 5 days before it decided to enter into a union with the other Somalia on July 1st 1960 legally. After the coup of Mohamed Siad Barre that saw the formation of the Supreme Revolutionary Council SRC in 1969 and established the Somali Democratic Republic. Somaliland wanted out of the union. But Said Barre was not buying it Brutally endeavoring to smash the Somaliland War of Independence in the north of the country. In 1988 the capital of Somaliland was brought to its knees in what was referred to as the Hargeisa Holocaust and it was later referred to as Africa’s Dresden after that German City during World War Two. Over 200 mass graves were discovered containing about 1,000 remains of humans each. That was the cost of Independence. The SRC subsequently disintegrated in 1991, with the offense of the Somali Civil War and Somaliland soon declared independence.

In 1993 a pathway to statehood was formed as the rest of Somalia slid into absolute chaos. The plans for 1993 for a Democratic country were drawn by religious leaders and clan elders and in and they set the stage for six (6) elections to date. In May 2001 they had a referendum and they overwhelmingly voted to break away from Somalia, in April 2003 Somaliland voted in a presidential election and in September 2005 a proper Parliament was established through another vote. In 2010 June there was a presidential election and a peaceful transfer of power something that some countries in Africa only dream of. In 2011 they failed to organise a parliamentary election as a hiccup of statecraft but another transfer of power happened in 2017 with another presidential election. The last election happened in 2021 when a new parliament was voted in making Somaliland the most Democratic country in East Africa according to the Republican House.

For a photographic experience about Somaliland, I would recommend you check out Yusuf Dahir a landscape photographer who profiles the country

Dahair Riyale Kahin was the first elected president, followed by Ahmed Mohamed Mohamoud and currently, the country is led by Muse Bihi Abdi. Somaliland has a government, currency, Police force, Travel visa, and a consulate in Washington, D.C. and for those that remember the excitement of the formation of South Sudan it was the cars with number plates and these too are in Somaliland. Yet they are not recognised Internationally making them a country that doesn’t exist. It has taken more than 10 years since Hargeisa the capital of Somaliland last had a terrorist attack again something very few capitals in the world can brag about.

The population is said to be about 4.5 million and only 25 % of them are employed. 70% work in the livestock sector with a national GDP of about $ 600 according to the IMF index. They are legally not allowed to source for foreign funding without the say of the wider Somalia. In the last 30 years since Somaliland got its independence from the rest of Somalia in 1991. Somaliland has undergone a journey of social, political and economic home-grown reconstruction through pain, there has not been a meaningful export of natural resources of Somaliland such as precious stones or minerals. Somaliland is rich in minerals, has one of the world’s largest gypsum deposits and has a clean coastline of 850 km, which are all important investment opportunities lately, Saudi companies and Qatari have started to enter the region slowly. There are also substantial of other minerals in Somaliland such as industrial minerals like iron ore, Titanium, Aluminium, Tungsten, Tin, Galena and other rare earth metals like Columbite Tantalite, Molybdenum and many other rare minerals which are only found in a few places in the world.

The different artistic life of the Somaliland encompasses both time-honored activities and, especially in the towns, many modern interest with a touch of Islam. Cultural activities consist of poetry, folk performances of plays, dancing and singing and they are as rich as anything you would expect from the horn of Africa.
The Rare country of Somaliland has a coastline and its waters a safer compared to those of the other parts of Somalia, it’s is bordered by Djibouti in the North East, Ethiopia in the West and Somalia in the East. It’s a geopolitical chess piece in waiting with all the stability it enjoys. It could play host to a number of foreign bases in future. At the moment the United Nations and African Union have refused to recognize it claiming if they do so it will give rights to other separatist movements in the world to act on their claims. Modern Pan Africanists know that for a stronger closer Africa countries like Somaliland must first realise some form of self-autonomy to be part of better more meaningful unions.

We have seen in the past countries like Senegal and Gambia dissolve a union peacefully and it worked, same thing happened with the case of Egypt and Syria. As Somaliland looks to the future it has to avoid a Taiwan situation, some have also said when countries breakaway they can easily end up like South Sudan, but in the Horn of Africa Eritrea worked out meaning Somaliland can even do better because it has had time to prepare for International recognition.

Hargeisa can and could play the card based on the theory that current Federal Somalia was established in 2021 which is about two decades after Somaliland left the union of the Somali Republic hence having the right to have full sovereignty and the needed International status. In the past, I have made a case for Separatists on the African continent on the blog before and how it is vital that they are given attention to develop a better union that we so much crave for. In the end, the future of Somaliland is about the citizens of the country, not anyone else or organisation.

12 thoughts on “Somaliland the country You don’t know about” 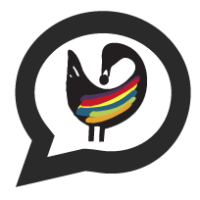 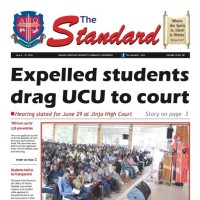 -My World, My Opinions-

Regression To The Mean